ICEASI has recommended education standards for competency to practice Ayres Sensory Integration. AOTA have published an article, including the table below, in their publication OT Practice in 2017 discussing this in more detail. Sadly the full article is not accessible to those who are not AOTA members.

These standards were finalised at a meeting in 2017. They were developed from original proposals and ideas first developed by an international group of leaders in the field of Ayres’ Sensory Integration in 2009/2010 at R2K in LA, USA with further development and refining at meetings held at ESIC’s including Austria (2009), Portugal (2011), Finland (2014), Birmingham, United Kingdom (2015) and Austria (2017). 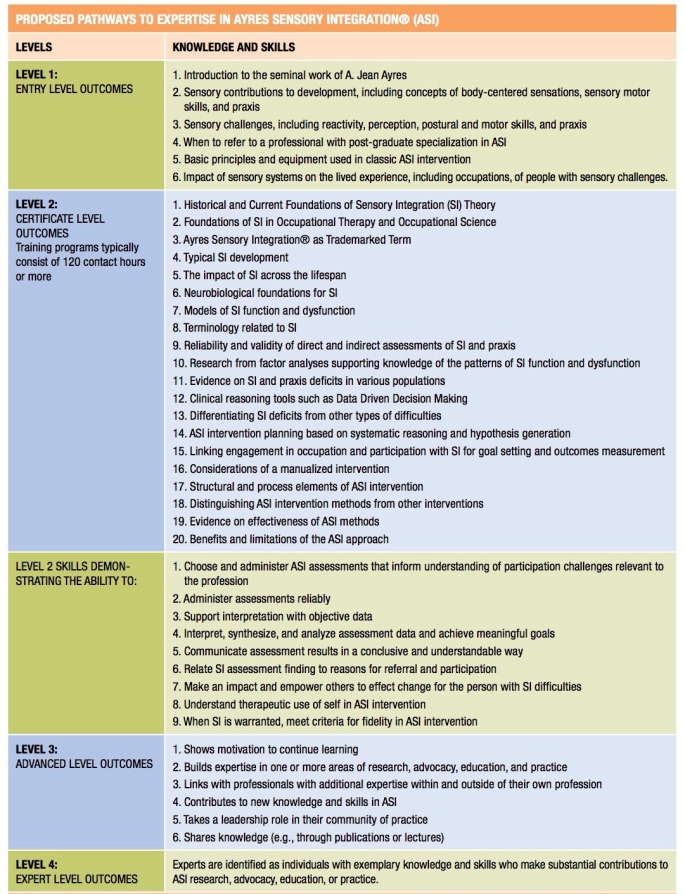